Arbor Real Estate agent Casey O’Connor’s inspiration for starting Sean’s Pot of Gold is both inspiring and heartbreaking. Casey lost her brother, Sean, to a rare childhood cancer called neuroblastoma when she was nine, and he was only six years old. Her younger brother was a patient at both Loma Linda & CHOC Hospitals while he fought the disease.

Years later in high school, she was looking to do a community project for a class, and she remembered the time she spent in the hospital with her brother, and that’s when she had the idea to start “Sean’s Pot of Gold.”

“I miss my brother very much. We were the best of friends growing up, and I often think about what type of person he would have become,” says Casey of her brother Sean. “I feel kids with cancer are very special, and I am blessed to have the opportunity to do something special for them.”

Sean’s Pot of Gold is something special. During the year Casey collects donations for St. Patrick’s-themed gift baskets full of toys and goodies to give out to the pediatric cancer patients at both CHOC & Loma Linda Hospitals. The Saturday before St. Patrick’s Day colorful baskets were delivered to about 25 kids whose ages range from 2 -17-years-old. 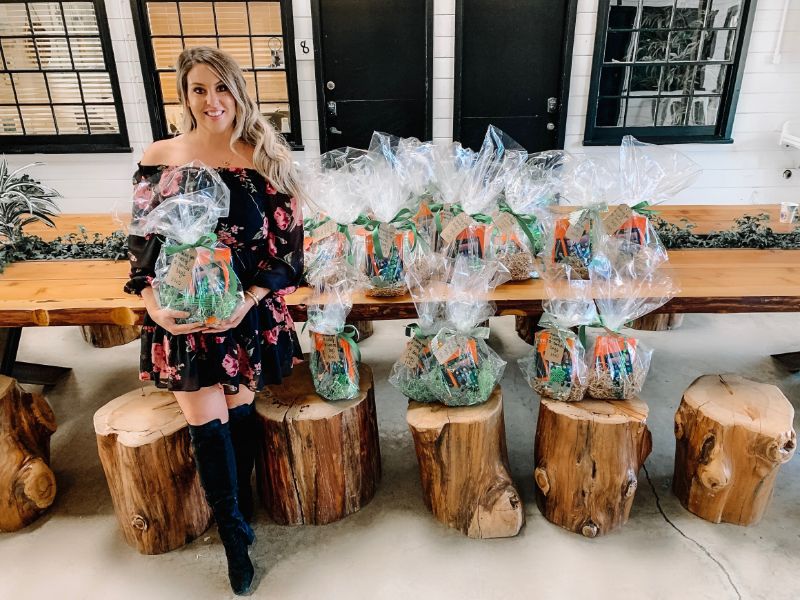 Casey believes that St. Patric’s Day is a perfect time to surprise the kids with gift baskets. “They get so many gifts and donations during the holidays but not too much during this time of year, so it is a great opportunity.”

The baskets are assembled at Arbor Real Estate offices with the help of her workmates, friends, and family. Sean’s Pot of Gold baskets includes toys, stickers, hats, necklaces, and games all meant to bring some happiness to the kids whose time in the hospital is filled with doctors, medications, and cartoon re-runs. “I know hospitals stays can seem very long and my hope is these baskets bring them a little relief from the boredom of their time there,” says Casey

Thanks to generous donations from the community kids will be able to watch NetFlix, read books and play games on their very own tablet. There are a few ways you can help Casey start next year’s campaign. It’s never too early! Donation can be made by emailing her at Coconnor@arborrealestate.com. You can also Venmo her a donation at @casey-oconnor-17.

“We are so proud that Casey keeps Sean’s memory alive through helping other children,” says Mary O’Connor, Casey and Sean’s mom. “Hospital stays for these children can sometimes be quite long, so this really brightens up their day.”